As our charter bus snaked through the Adirondack Mountains, towering beauties that they are, I never imagined a greater tower of Mighty and Strong would come meet a tiny, insignificant me in the valley of an unknown forgetfulness during this college visit to Word of Life. 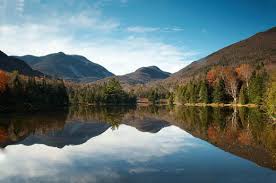 I did not expect that this revelation that came surging through a softened spirit, touched by an air of "it's all gonna be ok," and warmed golden by the smiles of my newest Christian friends,
beautiful young women whose Christ-light I wanted a piece of for myself, shining bright as their ships descend and rise on the waves of this life on their journey to the Kingdom.

It was a story I had heard before. Literally, I had seen the exact skit that the admissions team presented to us when I had brought some Youth to Snow Camps just weeks before.

It was two slabs of wood, tied together. That's what did it.

A man, his character telling the story of a coming crucifixion that everyone was talking about in an ancient world thousands of years before I was born.

A scene set where some teacher named Jesus would be demoralized and humiliated before all for no crime and all sins.

That's what brought tears rolling slow down the cheek, purest tears my eyes had ever cried because they were tinged with the blood of a Savior.

How many times had I heard the story?

the story of the man named Jesus who was the Truth that all doubted, the pure that everyone made filthy, the blameless that everyone demanded to be whipped and bloody, suffocated and shivering naked on splinters that would be the ossification of my life.

The awful repetition made me senseless.

But on that day, amidst worries of dollar signs and college tuition and loans and careers and futures, God reminded me with something I hear every day.

Again, I say, Christ crucified. For me! A filthy sinner! The wage of sin and death has been paid, eradicated from my debts, and replaced with a glorious gift.

Tears rolling down from a story I'd heard over and over, a cyclical forgetting, a conditioned taking for granted.

And God said through my private crying, the miracle lives within every day, anew.

It's still as dramatically true as it was then, and always will be.

God gives me new life in the repetition of His Word, His story, His life. The over and over is a chance for renewed grace that I'd mistaken for a routine.

This morning, on a desk lit by a flickering candle, in my alone time with the love of my life, a Bible opened to a chapter I'd read and repeated until it was no more but nice words on a page: Romans 8, one of the passages that my nurse Ana had written on a napkin the night that God saved my life from the sting of death and the chains of anorexia. I read the words each day. 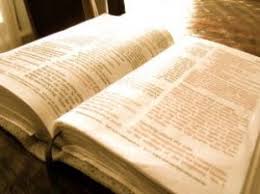 But today I saw them fresh.

How nothing separated the love of Christ from me. How victory is mine through Him and His Spirit in me.

Posted by Unknown at 7:28 PM No comments:

Cynical I know, but on worry-days I would sometimes think words filled with bitter.
What reasons do I have to smile? as I dutifully plaster a "Christian" face where lips upturn and artificial joy radiates through my brightest eyes.

I try to replicate the warm that is supposed to dwell in my soul while my heart freezes over with worries galore:

Where will I go to college?

Will I ace my MTEL exam?

Will I have time to go to that church event tonight? With all this homework to make up?

What will I eat today? Will I have time to work out enough this week?

Am I doing my ministry in vain? Am I making an impact?

Do I love enough?

Will I ever move out?

Will I be a good enough teacher some day?

Am I reading my Bible enough? Praying? Being Christian, enough?

But what lies at the heart of it all I fail to realize all too often, due to the build up of these useless and futile worries that pile up one by one.

"For I determined to know nothing among you except Jesus Christ, and Him crucified."
-1 Corinthians 2:2 (NASB)

Why do I rejoice? Why, true rejoicing dwells not in the college I get to go to.
It dwells not in what I eat, or how slender my figure appears in a piece of glass.
Not in getting the letter "A" written on a report card.
Not even in what I accomplish in ministry. (If that's what I'm looking for by doing ministry, well I've got it all wrong.)
Not in time,
nor money,
nor beauty,
not even life itself!

True rejoicing dies and lives again on a cross.

This joy, so simply stated, and so vastly meant, should be the thing that propels me into a joyous dance that I carry with my with each heart beat. With each step. With each action and word and feeling and thought.

Yes, and the sweetest part of this sweetness is that it cannot be taken away by sin or pain or even death itself.

For this joyous sacrifice, this miraculously jovial salvation, is far more than enough for lifetimes upon lifetimes!

For it means eternity.
Posted by Unknown at 7:57 AM 3 comments:

"Our enemies are finished forever; you have destroyed the wicked; they will be remembered no more."
-Psalm 9:6 (GNT)

I read this in a house buried by the light, white fluffy. I welcome the closed-in of these past 48 hours, for rest and for the sweet boredom and for the movies and the Youtube hours and the campfire fragrance of our fire place.

It's the thinking that makes it hard.

Yes, those thoughts prepare for times like this, they work on perfecting their methods of attack and one by one their bombers zoom over the nation of my peaceful mind and let 'em go!

That is why I read this verse in my snow-buried home and I can't even imagine this truth.
I can't.

My trials have hardened into bitterness, ossified as a part of this wretched earthly body.

The food obsession.
The rejecting.
The ugliness of a mirror.
The loneliness that will result.
The foolishness, the misdirection.
The over-sensitivity.

I read this verse buried alive in these collected pains. I beat myself down harder, wondering, Why do I keep on living as if I own these, as if these are my treasure, letting their sediments build pressure over me, sinking me steadily further and further into a grave?

Jesus conquered that grave. I know this. I do.

But it's the true heart believing it, the more than adopting it but the uniting of it with body and spirit and soul and words spoken and actions made, that's what makes it real.

Then I remember, I can't live this way. Not the human me, anyways. But the Rachel that God intended, the one who has perfect union with Himself, well this is second nature to her.

I forget so often that through a Savior, who lived the too-good-to-be-true, this is all a reality.

Why, if I were in union with Christ, I'd be lightly floating, for He conquered every pain, every sin, nullified its existence on my soul once and for all!

My wings suddenly sprout, feathered with joy, lifted with a thousand praises for my saving knight as I leave all this restricting filth on earth to soar up and up with You! No more worry about food, but only nourishment from the Word.
Voices of inadequacy are overtaken, pacified by voices of promises and worship and peaceful life renewed!
The mirror is belittled to a measly shard of glass that does not even reflect the most important features I must project: kindness, gentleness, strength, hope, dignity, purity, and more I learn as I live each day.
The fear of expected loneliness is melted by the companionship found in my best friend, the most powerful God of the universe!

And the victory goes on and on, revealing new light with each pain I face.

And again grace is redefined.

Obviously grace is too good to be true. Clear to me now is the nature of doubt that tries to fight grace with all it has, to suppress its blooming in my heart. And these sweet promises are iced with the best part: Jesus lived out that grace. He more than merely accepts it if He dwells in my soul.

He lives it in my heart, and I can feel it. I can.

Enemies finished forever. The wicked is destroyed.
Their reign is remembered no longer!

https://www.youtube.com/watch?v=IlbM99I3gYs
Posted by Unknown at 8:37 AM No comments:

A Miracle at Snow Camps

At that Youth Ministry Weekend they call Snow Camps I witnessed a miracle over and over that sends me jitters, that forces me into an undeniable smile 'till cheeks ache at the joy.

Why, it seems so routine to those of us on earth, like we have seen it a million times on Sundays and rallies and youth group, like we have all done it ourselves and its old news.

Do we not sense the explosive festivities bursting all throughout heaven when the rebirth happens, the accepting of Christ as their Savior, to reform their lives and make them new?

The babies born that day, on Sunday, they went up to the front of the room to make this revolutionary declaration, tying ribbons to crosses, adorning the wood that would breed  saving eternity through bloodstains.

These babies cry just to You: Jesus!

They are drenched in the saving, lathered in graces, and prepared carefully for their King.

The things they once knew, the inklings of You, just a blink or brief glimmer of Your Glory of Glory's,

They own that victory.

Radically loved.
Posted by Unknown at 10:14 AM No comments: